We all know cold weather driving can be dangerous, but with all that rain, ice and gritting on the roads it can also be a danger to your savings. Our vehicles naturally get a build up of dirt but during the winter it can increase substantially. Whilst driving our wheels throw all the dirty water and grit up from the road’s surface into the air, which usually splashes across the back of our vehicle. 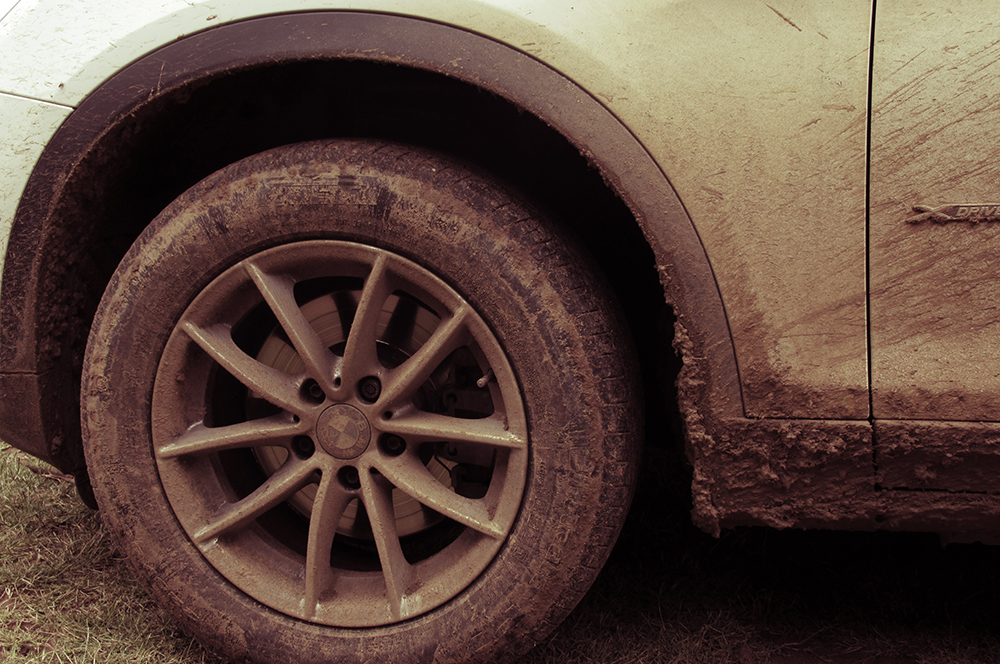 Failure to ensure your number plate is clearly visable can result in a £1000 fine!

Plus, as if that wasn’t enough it can even cause you to fail your MOT.

The DVLA have explained “There is a specific offence under the Vehicle Excise and Registration Act 1994 of obscuring or allowing a registration mark to be not easily distinguishable.”

“All registration numbers must be displayed clearly and correctly on the number plate – this helps the police, enforcement agencies and members of the public to correctly identify a vehicle to assist road safety and traffic enforcement.”

If you’re looking for more information on number plates and the rules and regulations they must abide by then you can see more at New Reg’s DVLA number plates page.

NewReg users love to browse potential number plates for their vehicles, but who’s got the most expensive taste? With great finance deals and bargain prices available at NewReg, anybody can afford even the most sort after plates.

But what are the most expensive registration plates in Britain? Lets take a look at the top ten.

We start at the top of the list and immediately we are into the hundreds of thousands. The D1 registration plate just peaked over £300,000 at auction toward the end of 2015. This minimal vehicle plate currently belongs to a beautiful Rolls-Royce Ghost.

Shouting it loud and proud, this fellow Brit is representing his country through his registration. The ninth position on the list also belongs to a Rolls Royce and was sold in 2009. Since then, it is believed this number plate has increased its value by around another £200,000!

In 2010 this private reg was purchased and made its home on a Rolls Royce Phantom, it is thought to have doubled it’s worth since.

As with many of these top-end registration plates the ‘1 D’ reg is said to be worth twice the worth of the car it has been fitted to.

This plate is believed to have been the first legal number plate assigned in Scotland, which the format reflects  More recently it has been estimated closer to a value of one million pound.

A very much sort after registration number, the ‘F 1’ could quite easily take over those above it in this list due to how much attention it receives. This plate is owned by Afzal Kahn a tycoon in the car-tuning industry, who purchased the plate in 2006. Due to offers made to its owner this plate’s value is believed to be in the multiples of millions – it sits at home on his Bugatti Veyron.

Adorned on an Aston Martin this vehicle number plate was sold in 2011, at the time making it the most expensive plate in the UK.

Bought in 2012 the ‘X 1’ number plate knocked ‘G 1‘ off its top position just a year into its reign. DVLA information shows the plate belongs to a Mercedes registered in 2008.

John Collins is a classic car dealer who purchased this number plate in 2014 for over half a million pounds, and topped the UK’s ‘most expensive number plate’ table. The plate has since been fitted to his Ferrari 250 GT SWB, itself worth an impressive £10 million.

Here at NewReg we’ve had our fair share of these top-end personalised reg plates, these are just a few:

Many buyers see these unique and minimal number plates as an investment, check out our investments page to see plates likely to raise value.

You may be waiting on the new ’67’ registration number plates to get that perfect personalisation, but the DLVA have other plans. Large quantities of the new plates have been placed onto the DVLA’s ‘Banned Reg’ list – you can view the whole 46-page document here.

This culling of license plates is an old practice of the DVLA; in fact number plates are reviewed twice a year to ensure they are not offensive or related to sensitive subjects – religion, racial or political to list a few. Some combinations are banned all together, such as plates ending in BNP, GOD and ARS.

While many may class these plates as obscene sequences, others seem to favour them and are willing to go the extra length when it comes to costs in order to get exactly what they’re looking for. According to The Sun the private number plate ‘PEN 15’ will cost you £110,000, but you can get ‘PEN 155S’ for just £7,195 from NewReg.co.uk!